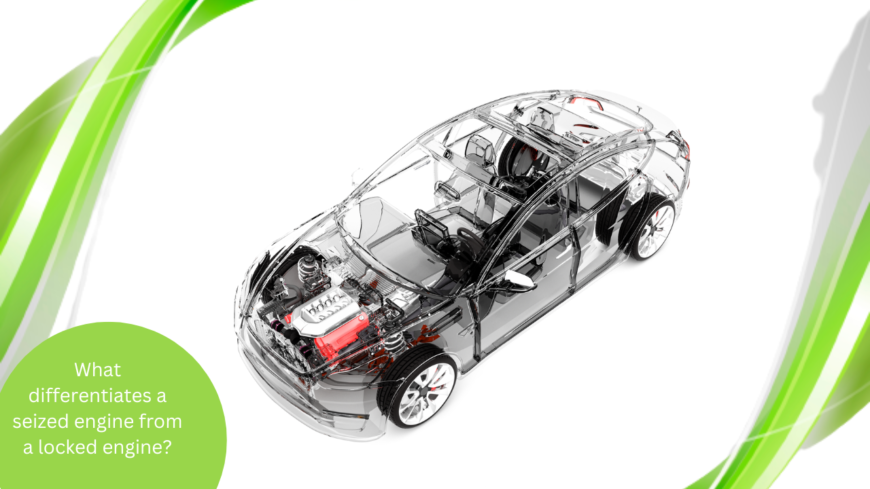 Have you ever experienced that your car’s engine refused to respond all of a sudden? If yes, you might be aware of the cause of the problem.

On one hand, an engine halts when it gets seizes, which usually happens. Otherwise, it may be locked up. However, there are a whole lot of different reasons for an engine seizure or lockup. A locked up engine and complete seizure do not allow a vehicle to move. But, you should understand what distinguishes them actually.

What differentiates a seized engine from a locked engine? 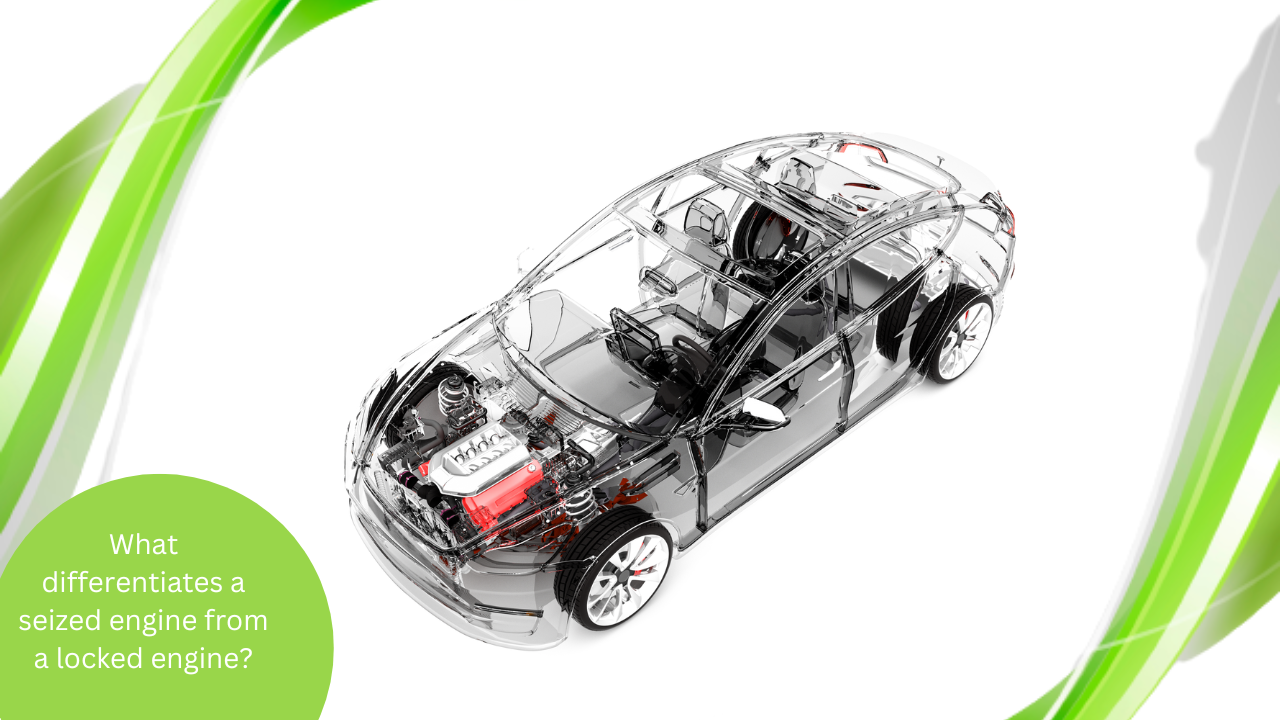 They are quite similar. However, when the engine does not move due to mechanical failure, it is seized. While there are other reasons, such as the entry of water into the combustion chamber, the engine usually gets into a locked up state.

Both require some sort of remediation, but before moving forward, you should update yourself. You need to be aware of what initially caused your engine to seize. Usually, seizing occurs due to a lack of oil, poor circulation, or infrequent use. Vapour locks and hydro locks are additional options to think about.

Let’s get through these points to better understand the causes of concern for an engine seizure or lockup.

Is it Engine Seizure?

Engine goes through the lack of proper lubrication for a prolonged period. 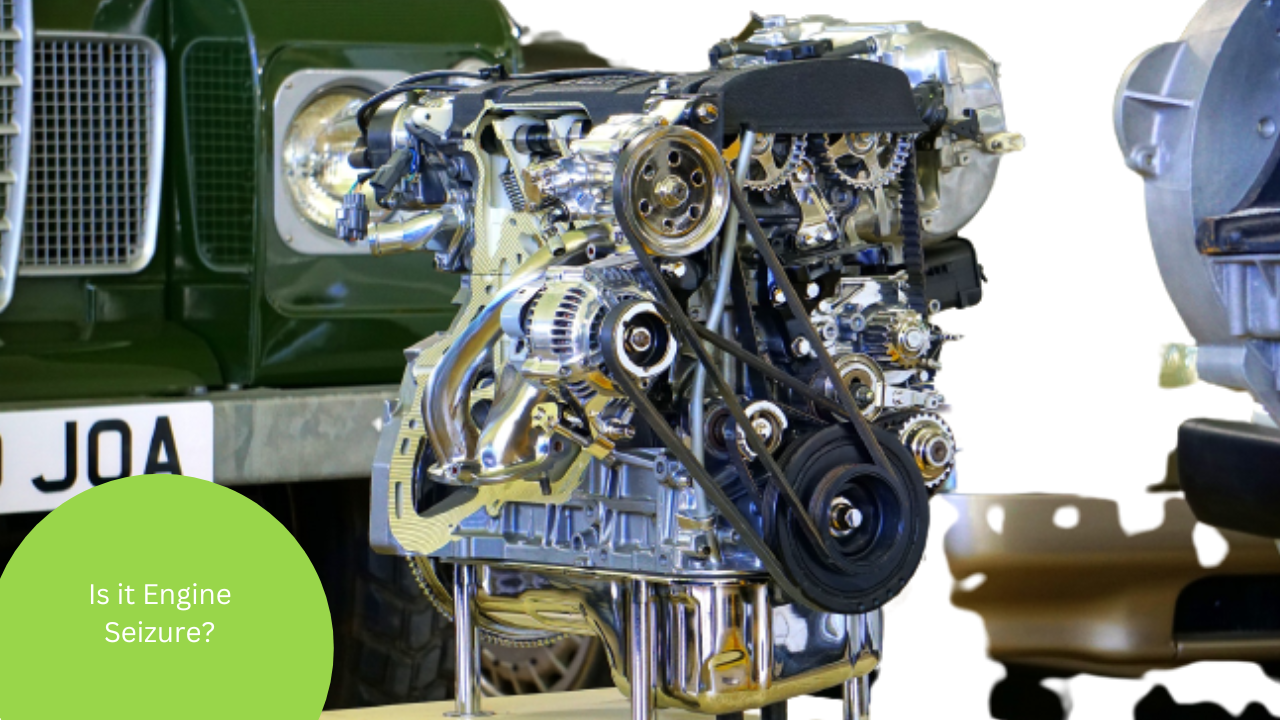 The piston in the cylinder typically moves up and down. Given that both objects are made of metal, friction is possible, especially in the absence of lubrication. The pistons can move without becoming too hot because the engine oil creates a thin layer between the cylinder walls and the pistons.

For whatever reason, the lack of a layer allows metals to clash with one another. This causes a higher level of friction and heat, which can eventually cause the combustion chamber’s components to melt.

There may be instances where several components fuse, especially the pistons that can fling out of the chamber.

Despite the cause, an engine seize is the worst of all incidents that can happen to a vehicle. This can force you to pay a hefty car engine repair bill. However, you can mitigate such a risk by being conscious of your car’s lubrication needs.

If you are noticing some sort of engine issue, just get your vehicle to Service My Car immediately for further damage.

Engine oil does not circulate properly. 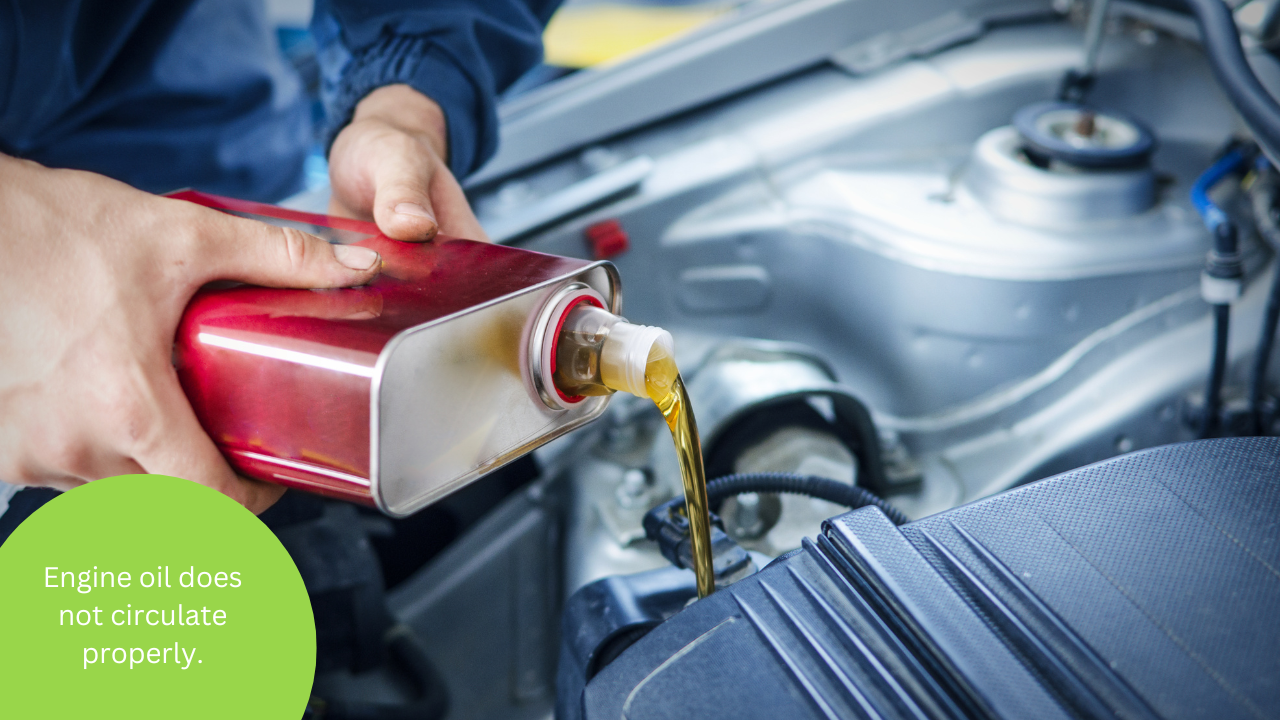 A scarcity of engine oil is a major threat to a car’s engine. But its circulation also might be a cause for concern.

There might be an issue with the engine oil circulation to the critical points. Major problems for the circulation of engine oil arise when the pump does not work properly and oil cannot circulate properly.

Another major concern is leakage due to a worn seal or damaged hose. If these end up failing, then your engine may seize. It could be a clogged oil filter that is not passing enough engine oil.

However, any issue that leads to an engine seizure is not good. However, it is possible to deal with a seized engine. Service My Car provides a qualified mechanic to you to make your vehicle run again.

However, it is always wise to mitigate risks by opting for car scanning and diagnostics, especially when you sense some sort of problem such as frequent engine overheating or engine oil pump indication. You just need car engine oil, an oil filter replacement, or even an oil pump to avoid any engine seizures.

Car has been stranding without use. 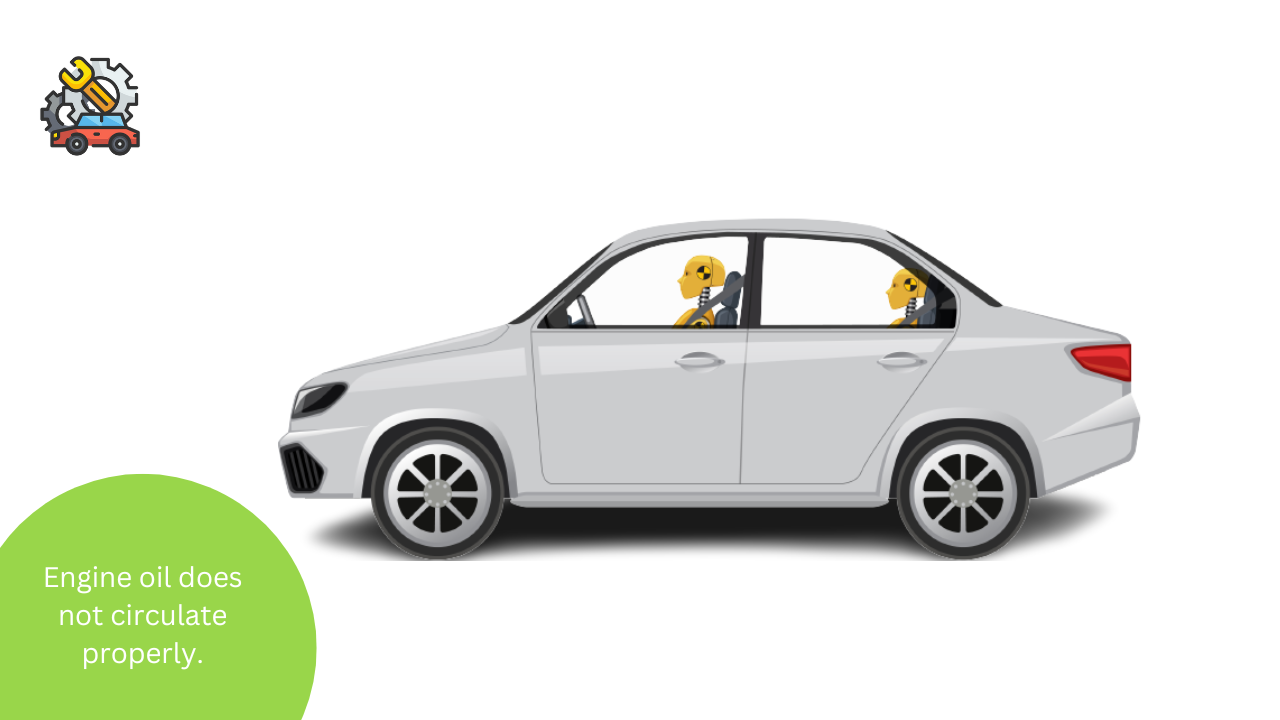 Similar to how your body feels stiff after spending a long time doing nothing. This is also possible with a car engine if it has been sitting idle for too long, leaving it vulnerable to rust or corrosion. The piston rings may become stuck in position when rust develops inside the cylinders.

Your engine may have locked up if the battery is working properly, you can turn the ignition, but nothing happens.

Is the engine locked up?

Your car’s engine is hydro locked. 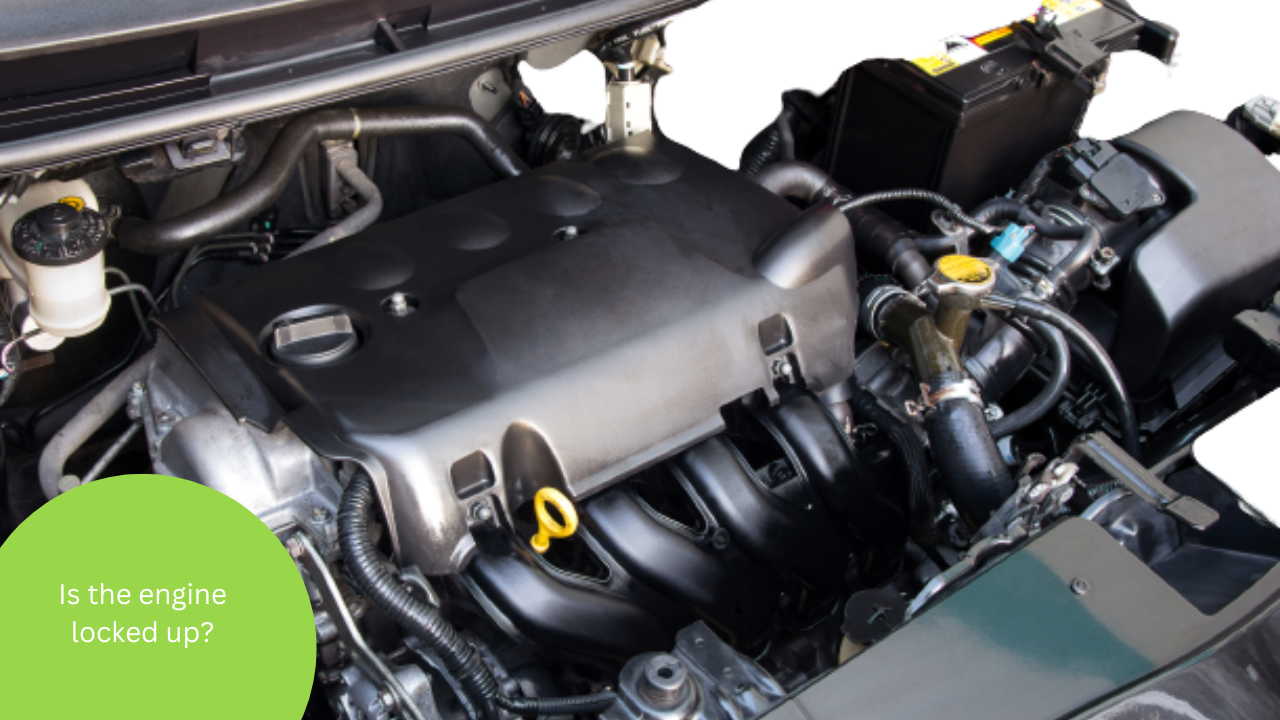 Since engine combustion chamber works on mixture of air and fuel only. They could all suddenly stop moving if there is too much water present, a condition known as hydro lock. How quickly you were moving when it happened has a big impact on the amount of damage that follows.

Sometimes, hydro locked keep the cylinders and other parts safe from being damaged, however they can easily be fixed. However, it mostly depends on the engine RPMs. At high RPMs, an engine is a candidate of severe damage while it may receive some sort of grant at low RPMs.

Your car’s engine is vapour locked. 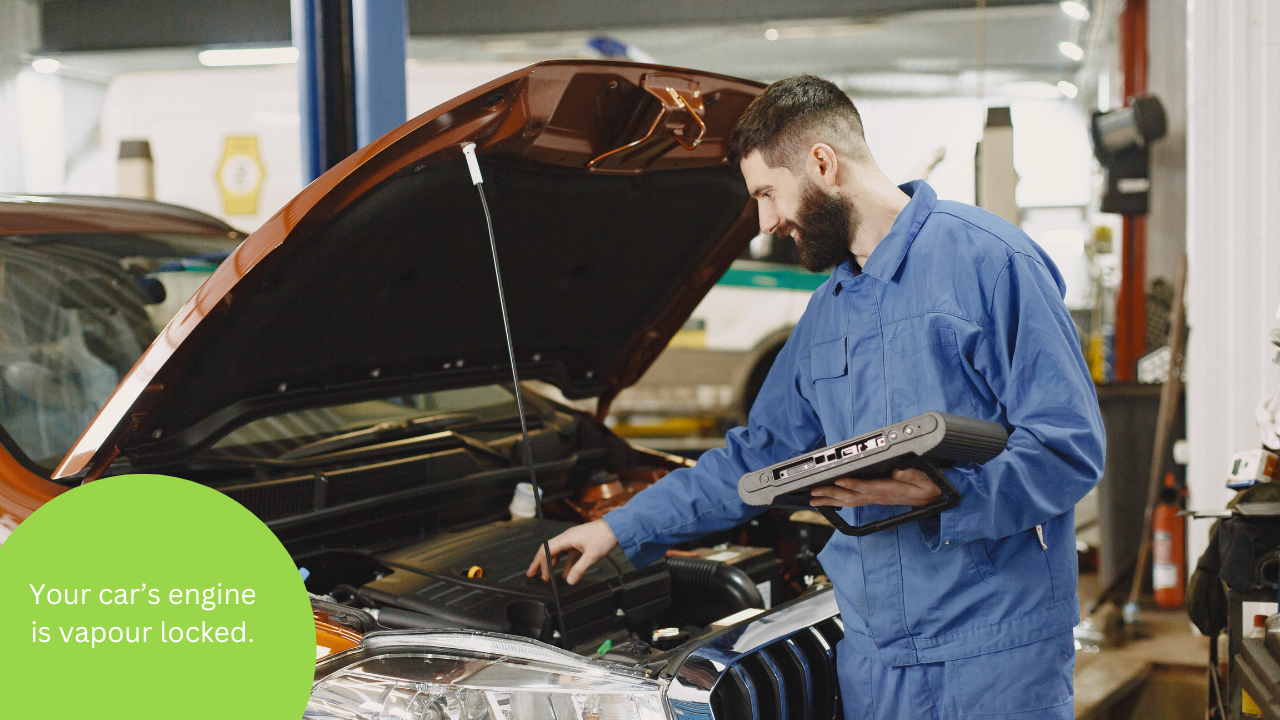 The engine in your car could be experiencing vapour lock, similar to hydro lock. Vapour lock happens when the liquid inside the fuel system gets too hot and turns into a gas that your engine wasn’t designed to handle.

If the engine in your car becomes vapour locked, it may sputter before losing power. Similar to hydro locks, vapour locks also hurt the engine.