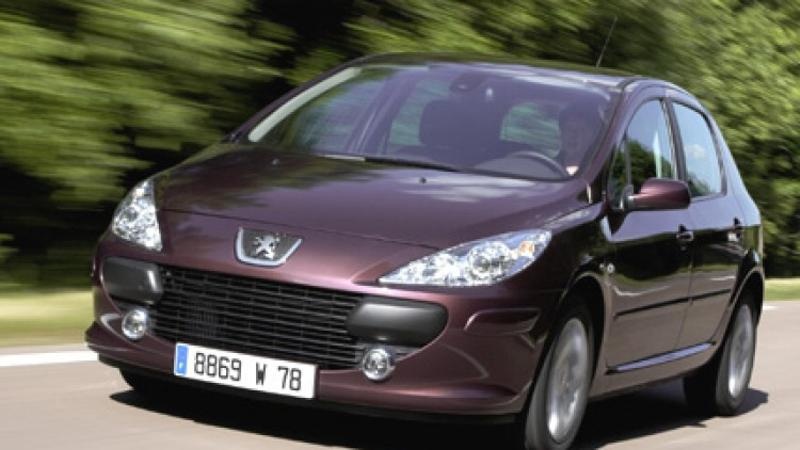 The Peugeot 307 is a small family car produced by the French manufacturer Peugeot since 2001, succeeding the Peugeot 306 which ceased production in 2002. It was awarded the European Car of the Year title for 2002,[1] and continued to be offered in China and certain South American markets through 2014, despite the French launch of the 308 (its intended successor) in September 2007.

The 307 was launched as a three and five door hatchback, though in June 2002, the range of the 307 was expanded with the introduction of two estates, the 307 Break and 307 SW. Externally the two estates are almost identical, however the SW version has silver roof bars and a three/four length panoramic glass roof as standard equipment. Internally though, the 307 Break is a conventional estate, while the SW features an optional third row of removable seats, so it is more flexible due to its MPV like configuration. The SW exists, because Peugeot did not develop a compact MPV spinoff, as Citroën did with the Xsara Picasso, instead preferring to offer a more flexible version, but maintaining the style and road manners of an estate. Unlike the previous model, there was no saloon version, but one was designed for emerging markets, such as China and the market in Latin America, as saloons were much preferred to hatchbacks. The 307 CC, a cabriolet with a retractable hardtop, was launched in August 2003, to compete against the new European coupé cabriolets. An new, four door saloon version of the 307, was launched in China in June 2004. The 307 is produced for the market in China by the Dongfeng Peugeot-Citroën Automobile, a joint venture with the PSA Group. This model was also built in Argentina between May 2006 and November 2010.[3][4] Production ended in China in 2014.