Cats vs Dogs: Which Pet is Right for You? 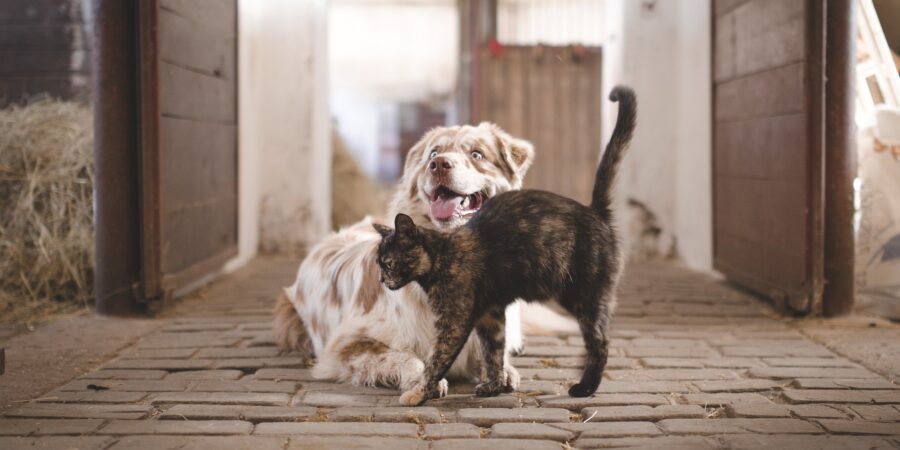 Pet ownership is on the rise, with cats and dogs being the highest in demand. In the US alone, 70% of households were reported as owning a pet; that’s a 14% increase in the past 30 years!

Across the pond, there’s no slowing down either, with 3.2 million homes in the UK having acquired pets since the start of the 2020 pandemic.

The Coronavirus Lockdown of 2020 will also go down in the history books as The Great Pet Acquisition of 2020.

What brought on this surge of more people wanting cats and dogs than ever before? Well, the loneliness of being trapped at home and jobs shifting to remote work. Combating isolation with a pet over a planned pregnancy is less costly and risky since newborn children require routine hospital visits, which wasn’t feasible throughout 2020.

Let’s not forget the rabbit hole of internet videos & photos showcasing people’s pet dogs and cats. You start by watching one viral video, the next thing you know, it’s been five hours, and you’re on the 500th video of dogs & cats nursing human babies.

The afterthought of your binge session would be twofold. For one, you’ll question, ‘what on earth am I doing with my life?’. Then secondly and arguably most important, you’ll likely have the eureka moment of ‘Damn. This is what I need in my life!’

Perhaps this is why you’re here, to make the difficult decision of which pet is the right choice for you?

Of course, not all dogs share the same personality or behaviour, and neither do cats. But from a general comparison, there are common differences between the nature of the two species, and the same can be said about size and physical features.

This all stems from their lineal history that shaped both species evolution. The ancestors of dogs hunted in groups where teamwork was key. Whereas for cats, their ancestors were stealthy hunters that would prey on their targets alone, making independence important for survival.

This genetic makeup has culminated in the humanly perception of dogs being like your extraverted pal that’s always in need of a party, human touch and a lover of group activities such as volleyball or football. While kitty over there would be like someone alone at libraries and coffee shops, who might excel at solo sports such as gymnastics or running, and occasionally might like a little hug & rubs here and there.

This analogy is not far from the truth if you’ve seen the millions of videos on cats & dogs on the internet as I have. So it’s something to ponder when you think, ‘if I had to choose what kind of friend would I like to live with me, which personality type would I favour?’.

But less of the vague differences, and more about the specifics:

From the average price of both animals and factoring in their medical bills, food, insurance, toys, activities and general necessities—multiple studies, including from the well-renown ASPCA, have determined that it’s cheaper to buy & maintain a cat over a dog.

As reported from the Independent, it’s almost half as cheap to own a cat over a dog, with the yearly cost average being the following:

Cats are known to be more likely affected by viral infections compared to dogs, while anthropod-borne diseases such as malaria and yellow fever are more common with dogs than cats.

When hygiene is brought into question, consider your cat as a self-cleaning machine, since similarly to humans, cats keep their claw length in check by scratching, they are repulsed by foul odours, and are cautious about environmental elements that will make them dirty if they contact them such as muddy puddles.

Cats have evolved to be sensitive to the scent of their prey latching onto their fur, whiskers and paws. So, even when you touch your cat, it will typically start grooming itself to remove your scent out of evolutionary response, whereas dogs want to embrace and wear your scent, which is why they jump up and try to lick you.

While cats are diligent about hygiene, what’s more impressive is their amazing tongues, which contain biological bristles on them accompanied with saliva that has healing properties—giving them the power to scrape out grime, remove fleas and heal wounds!

On the other hand, dogs tend to have smellier farts, pee when they get excited and have even coined the universal term of ‘wet dog smell’ for the one-of-a-kind pungent odour many of them release when their fur gets wet—which is unfortunate since dogs tend to be drawn towards jumping in puddles and mud.

Throughout most of the modern world, dogs and cats are beloved by many, with businesses hosting products and services to facilitate our pet’s needs and legislation and insurances to protect them.

Unfortunately, if you plan to rent a property and live there with a pet, you’ll find a mixed bag of landlords being open or closed to allowing your pets to live with you. In fact, in a survey conducted by the Metro, 69% of landlords said they don’t allow pets in their property—which is on the high end when comparing the fact that 88% of pet owners have never reported any property damage on SpareRoom.

Fortunately, unlike the US, in European countries such as the UK, Spain, and Italy, laws have been introduced to stop landlords from blanket banning pets in their properties rented out to tenants, so the tenant can take legal action if necessary.

Another stereotype is that Muslims don’t like dogs or cats. Firstly, Muslims are not religiously prohibited from owning a pet cat or dog. However, the purpose and relationship with pets do differ in certain ways. For one, many Muslims believe they are prohibited from keeping a dog within their homes, that a dog is more of a guardian than a friend, so dogs are typically kept outdoors in gardens and farms for work such as herding and guarding.

However, Muslims relationship with cats as pets is like anywhere else in the world. Cats are deemed clean and precious creatures, with the prophet Muhammed (PBUH) being a proud owner of a cat who talked highly about the species.

If you plan on breeding your pets for profit, it’s only fitting to see what pets the market currently favours, seeing as dogs and cats are both among the most popular pets in the world.

Based on a survey conducted by Budget Direct, cats are more popular than dogs in 91 countries. Dogs are the most popular in Anglo countries such as the United States, United Kingdom, and Australia.

Popularity aside, breeding & crossbreeding dogs is arguably more of a valuable and morally satisfying endeavour than crossbreeding cats. If your pet is matched up with a compatible dog breed to produce a litter that is optimal for being classified as service dogs once they grow up, this further boosts your capital gain in this investment and allows you to help other people.

The reason why breeding service dogs are a greater investment than breeding any other service animal is that the current demand for service dogs outweighs the supply—dogs offer a countless amount of assistances that aid humans in various ways unlike other pets, and people in need of service dogs are having to wait years to obtain one in many cases.

In conclusion, both cats and dogs can offer you fulfilment in many aspects of life. However, it’s just as essential to take into consideration the responsibilities for both pets and how they can benefit you beyond your relationship with them.