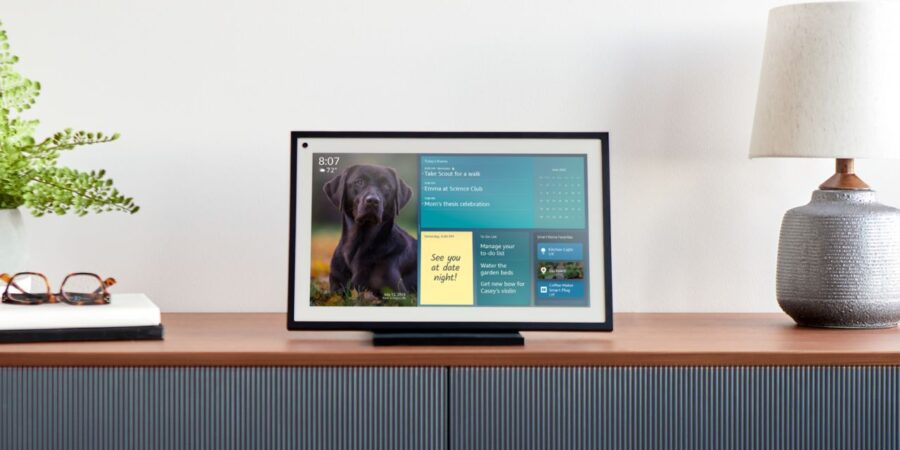 The Amazon Echo Show 15 was initially announced in late September, with the intent to be a family hub. It can display important calendar appointments, shopping lists, and notes. The Echo Show 15 can also stream videos, being the first model in the Echo Show line to have a 1080P HD screen.

Comparing the available models of the Echo Show Devices

The £239.99 price point may seem steep at first glance, but it’s not too bad in comparison. It’s the same price as the previous model, but it’s larger with a better resolution. The camera is significantly worse in the newer Echo Show 15, but it has visual ID personalization, a feature that is coming soon to older models.

Should you buy the Amazon Echo Show 15?

That’s entirely up to you. It’s a great device to have in a home kitchen or foyer. But it serves the same purpose as several other devices in your house, and you can leave notes on the fridge or in a central area. A shopping list can be kept on your phone or on a piece of paper. It seems like every smart device nowadays can play Netflix or Hulu.

So, do you need an Amazon Echo Show 15? Probably not, but it’s a great device to add to your home if you already have an established amazon smart device ecosystem.

Order today from Amazon using the link below: